The Saturday Market did a series of videos featuring several of the vendors. I was featured in one! Here it is:

Posted by Curly Girl Glass at 12:03 PM No comments:

Posted by Curly Girl Glass at 9:51 AM No comments:

When shooting photos of my jewelry, I prefer to use natural light. Living in Portland can make this difficult a large portion of the year. I have found that since it's harder to find the right photo set up for me, that I'm just not shooting pictures of my work. No new photos means I'm not posting new items to my Etsy shop so my online customers don't see new work (yeah, it's been the same old same old on the website for a while...). I also am not shooting my one-of-a-kind pieces which means that once they sell (at the Portland Saturday Market) I have no record of them. Additionally, in order to get into shows, I need to have MUCH better, professional looking photos with a consistent background. Time to step up my game.

I had set up a sort of photo booth in a closet in my studio/office, but it never worked quite right and I stopped trying to use it. So, I started looking for a "real" photo booth set-up and came across a video on how to make your own. I made a list of the things I would need and got it all in one trip (this is special because I usually get one thing, then another, then another and the project takes forever or I lose interest). I already had one lamp and the tracing paper I used for the windows.
Here's how it went (click on the photos for a better view): 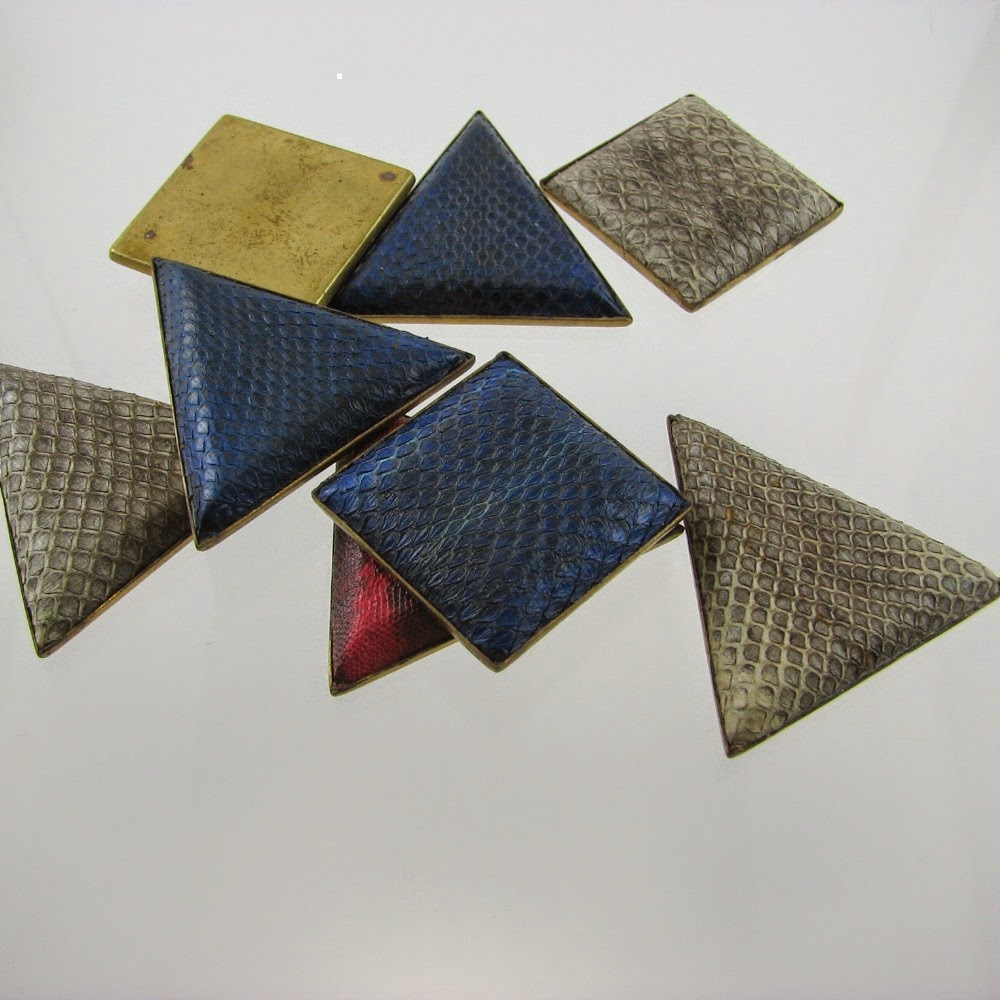 This is a shot with three lights and the items raised on the plexiglass. There is no shadow (except from the thing the plexi was sitting on). I didn't clean up the photo at all. Not sure if I like them floating like that...

Now I have no excuse for not posting new items!
Posted by Curly Girl Glass at 5:10 PM No comments:

Posted by Curly Girl Glass at 10:42 AM No comments:

Posted by Curly Girl Glass at 12:37 PM No comments:

As a visual artist, obviously, eyesight is huge for me. I am grateful that I was born with good sight and live somewhere that I could get help if I had a correctable vision problem. There are many who don't have that privilege. Watch this very moving video (3.5 minutes) about two blind-from-birth sisters whose sight is restored but a simple, quick operation.


Quite frankly, I don't know enough (and couldn't find enough info) on this organization to recommend or encourage donations. While it is, of course, an incredibly worthy cause, I can only say donate at your own discretion.
Posted by Curly Girl Glass at 1:43 PM No comments:

When I moved to Portland, I said to a friend that everyone here was so nice, he said "you'll get used to it." And I have. But sometimes the niceness still overwhelms me.

Yesterday I was out running errands. Stopped at a store, did my shopping and got back in the car, off to the next destination. It was pretty hot yesterday and as I was driving down the street, I saw a 7-11 and decided today was a good day for a Slurpee®. Stopped, got my drink, got back in the car, and nothing. Not a groan, not a rattle, nothing. Completely dead battery. Called roadside assist and after about 1/2 an hour the guy had the car running, but said it was completely dead and to go NOW to get another battery. 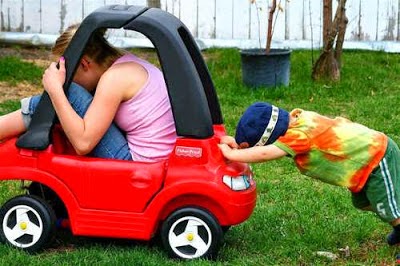 Off I go. I'm driving down a very busy main thoroughfare and get to a red light. Car dies. In the very busy street. During rush hour. And, without thinking about it, I put the car in park (of course, I tried to start it again and nothing...). This now meant that I can't get the non-running car back out of park. At this point, I'm hot, aggroed, blocking traffic (thanks also to all those very nice Portlandians that didn't honk or yell or anything at the stupid lady blocking traffic) and roadside has just informed me that it will be an HOUR AND A HALF!! before anyone can come tow me. When I explained that I was not in a safe spot and couldn't sit there blocking traffic for that long, they offered to send a police officer to direct traffic around me - like Portland's finest doesn't have anything better to do with their time than direct traffic around a stall...

Here's where the nice Portlandians come in. While I was on the phone with roadside assistance, several people stopped to offer to push me off the road. I had to explain that the car was in park and that wasn't going to happen. That's when Mr. Miata man came along, pulled around and offered to jump the car. YES! (Right then I was just looking to get the car out of traffic.) Thing is his little Miata wasn't powerful enough to jump my car. What's he do? MMM starts waving down traffic to get someone else to stop. Within a second Mr. Giant SUV man stops and jiffy quick my car was started. I managed to rev the engine enough to keep it alive all the way to the Les Schwab. They slapped in a new battery in a few minutes and I was on my way.
I didn't get the names of any of the super nice people who offered to and did help me, but it sure made my day much better and keeps my faith in humanity from completely wilting.
Thank you thank you thank you!

Posted by Curly Girl Glass at 9:55 PM No comments:

"I don't exercise. If God had wanted me to bend over, he would have put diamonds on the floor."
- Joan Rivers

Posted by Curly Girl Glass at 10:27 PM No comments:

Click on it for a larger view.
Posted by Curly Girl Glass at 9:56 AM No comments:

Heartbroken over the loss of the man who taught me what funny is.
Posted by Curly Girl Glass at 10:51 PM No comments:

Posted by Curly Girl Glass at 10:07 AM No comments: 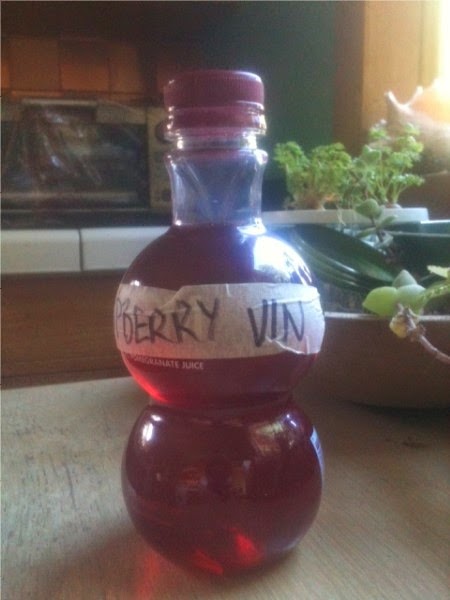 With many raspberry bushes pumping out tons of berries, every summer I try to find new, delicious ways to use the rasppies. Summertime brings raspberry ices, buttermilk cake, smoothies, etc.

I used to buy raspberry vinegar for salad dressing, but couldn't find it here (Portland). Last year, I decided to make my own. Easy. Delicious. Fresh. Genius! Simply fill a jar about half way with fresh berries, fill the jar with white wine vinegar, place in a dark spot, and patiently wait two or three weeks. Voilà! 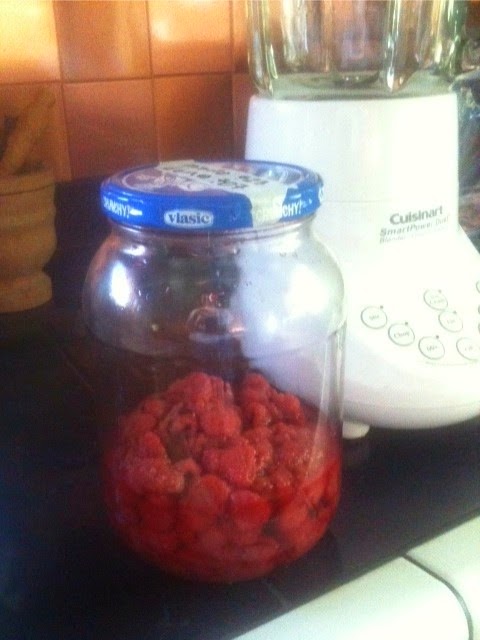 Once you pour off the vinegar, you are left with a mess of mushy, vinegar soaked berry bodies. I hated to throw them out. To me, the most logical application would be a raspberry vinaigrette. I threw the berries into the blender with olive oil, garlic, dill, and a little black pepper. Again, voilà! 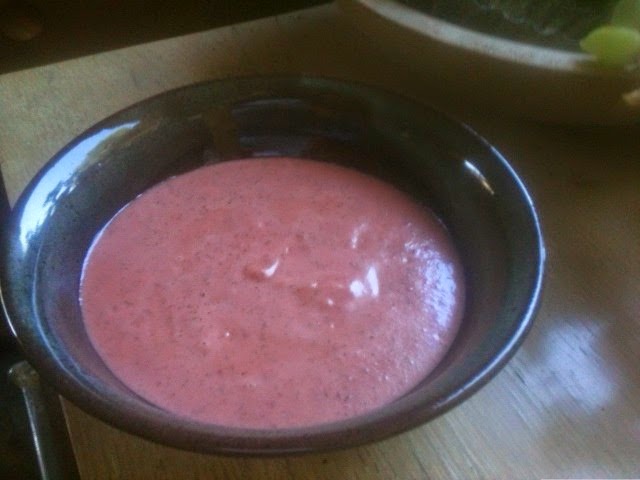 The pink concoction is very tangy and, weirdly, has the taste of balsamic vinegar. I haven't tried it yet on a salad, but think that once diluted over a pile of lettuce will be wonderful. (I hope so. I have a lot of it!)

Posted by Curly Girl Glass at 12:31 PM No comments:

I'm there most every weekend March through December 24th.

My Best Girl. Click the picture for her story.